When it comes to cooking meat (using whichever method), understanding the different cuts of meat is important.

The different cuts of beef are determined by which part of the cow they come from. Some parts are harder than others due to the way the muscles in that part are exercised. For example, cuts from the neck and legs tend to be the toughest due to these parts of the body being the hardest worked.

This information is crucial because each of the different types of meat has a different flavor and texture, of which they determine cooking method and time.

The best way to know this valuable information is to ask your local butcher. But if you find his cleaver intimidating, read on. You’ll find all the answers you need right here.

Of Sides and Cuts

The basics in understanding the different cuts of beef are to understand sides, primal cuts, and sub-primal cuts. Here we go. 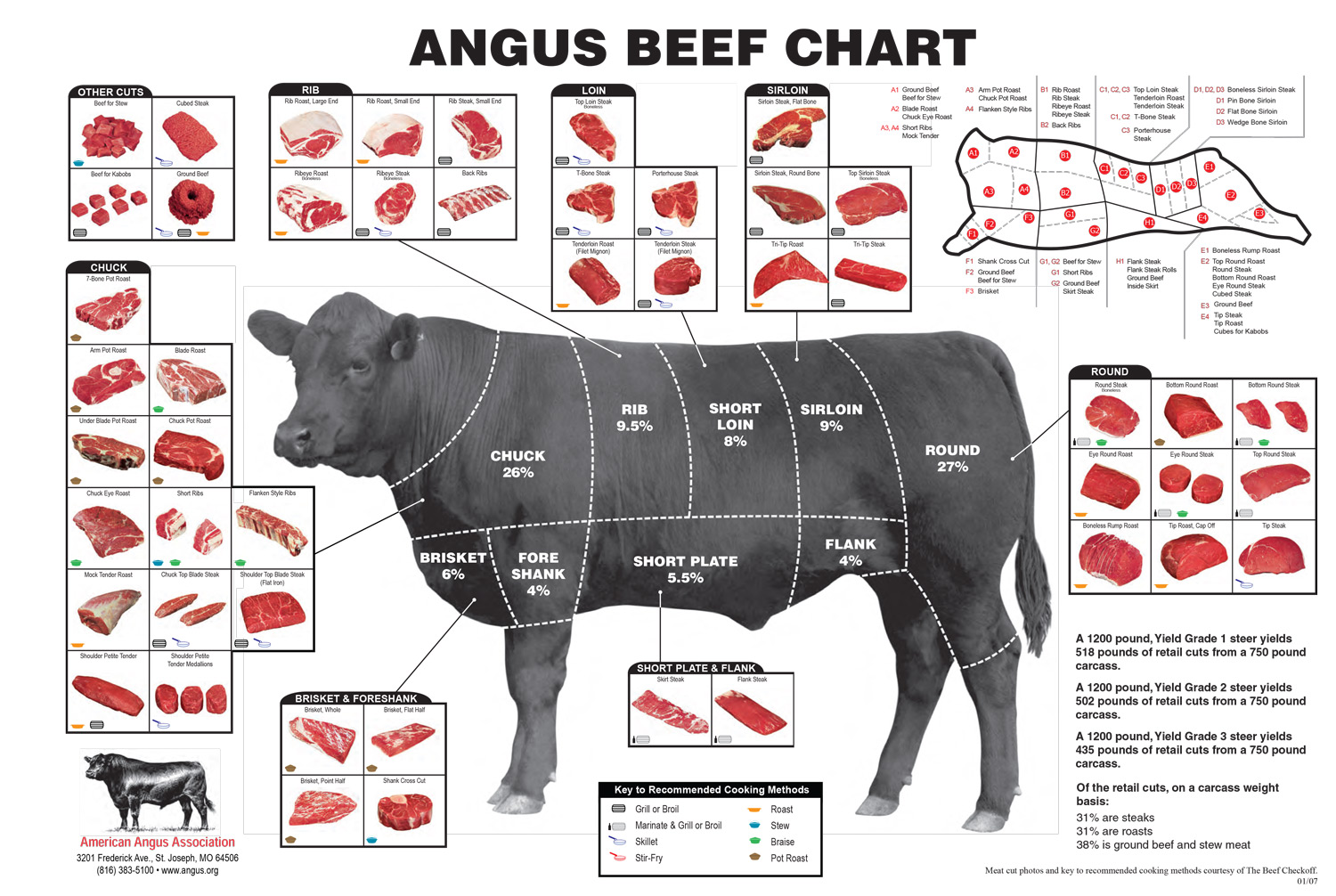 Upon arrival in the butcher shop, the first cut is made down the middle of the spine, separating the left side of the cow from the right. These two halves are called sides.

After the primal cuts, beef gets divided into sub-primal cuts. These are the ones you find displayed at the butchery. These are your steaks, ribs, and roasts. A few examples are;

What is the Best Cut of Steak?

This is not an easy question to answer as it goes according to personal preference. In general though, the better the marbling, the better the steak. That being said, the top 3 contenders are:

Different Cuts For Different Occasions, But the Same Great Cook

Now that you know the different cuts of beef and how they differ in taste and texture, your cooking will surely be a cut above the rest. From tender sirloin to tough shanks, you can pick the cut that suits the occasion. And the one thing that will stand out in all your meals – you. Yes, you. The great chef whose cooking your family and friends will always look forward to.